Smartsign‘s success continued in 2017. The company‘s turnover increased by 20 percent. This means that Smartsign continues gaining market shares and that the company is also expanding much on markets in Sweden and internationally.

– We are especially happy about this and are gaining more and more shares of the markets. We are growing in markets in Sweden and internationally, says CEO Martin Romanowski. He also emphasizes the fact that the company is growing on its own and not through buyouts or mergers. We are happy that our co-workers are the ones pushing the company forward and that we have been appointed such a prestigious price as the DI Gasell 2017.

Smartsign‘s sales are now 50 percent in Sweden and 50 percent in countries outside Sweden. Three years ago this percentage was 90/10.

– The fact that we are growing on the international market also makes us less vulnerable against changes in the state of the market. This means that our success does not rely on things that happen in a specific market, says Martin Romanowski.

Big success in Australia as well

With the expansion and the sales growth, the company has employed more co-workers in for example Finland, Sweden and Australia. Smartsign is now looking for more developers and Pre sales Engineers in different countries.

– Australia has been a very successful country for us. We have gained many market shares there and therefore also employed more people. Sales Manager Andreas Lood in Australia has done a great job and will now become International Sales Manager, says Martin Romanowski.

Smartsign’s largest growth has been within shops, hotel/conference and internet information.

– Last year was another successful year for us and this year we aim for further growth on the markets where we are now present. We are expanding our product range with new services during 2018 and look forward to another year of growth, says Martin Romanowski.

About Smartsign
Smartsign was founded in 1998. The Swedish company has its head quarter in Dalarna and another office in Kista, Stockholm. Thousands of companies from all over the world use Smartsign’s comprehensive platform for digital signage to manage and publish unique and adapted information. On all units – regardless which platform.”Smartsign – Get your message through”.

For more press releases from Smartsign and pictures go to:
http://www.mynewsdesk.com/se/smartsign-ab

LinkedIn Smartsign – Get your message through 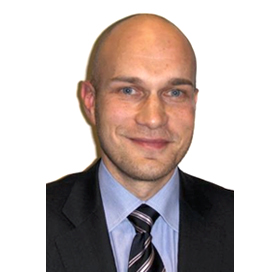